THE CRISIS OF IMPRESSIONISM AND THE FALL OF LONDON

Art as an indicator of well-being
A 2019 Art & Finance Report study by Deloitte found that 67% of private equity managers surveyed see art as an integral part of their well-being. Among collectors, a record 84% tend to think so. Caspar Schwarm, a German collector and founder of the Christian Independent Collectors platform, says that today the chance to see art has become almost a form of social responsibility. Art connoisseurs are more likely to seek to diversify their collections. This was a strong argument in favor of a new purchase for 52% of collectors surveyed in 2019, which is 15% more than in 2017.
____

Increasing the reliability of the art market
In January 2020, European Directive 2015/849, also known as the "Fifth Anti-Money Laundering Directive, or AMLD5", entered into force. According to many experts, raising security standards for monetary transactions has made the art market more reliable. The directive applies to persons who "trade or act as intermediaries in the trade of works of art, including art galleries and auction houses, where the price of a transaction or series of related transactions is from € 10,000". At the same time, 85% of private banks said that money laundering caused the biggest reputational losses to the art market.
____

Change of conjuncture
In the first half of 2019, total sales at Christie's, Sotheby's and Phillips auctions amounted to $ 5.55 billion, which is 20.3% less than in the first half of 2018. At this time, sales of modernism and impressionism fell the most, from $ 2.35 billion to $ 1.52 billion, ie. at 35.2%. Post-war works and contemporary art consistently occupy the first place in popularity. Their sales in the first half of 2019 amounted to $ 2.25 billion. Against this background, New York holds the first position in the world with 49.8% of the total price of works that went under the hammer last year. At the same time, in London, art sales at auctions fell by as much as 24%. As the championship is fought between the British capital and New York, Hong Kong is firmly in third place with $ 886 million in auction sales.
____

Art and technology
Most see technology as the main impact of the art market, including transparency and regulation. The number of collectors and artists surveyed in 2019, who are concerned about the lack of transparency, was evenly distributed at 75%. Their views also coincide on the dangers of price manipulation and anti-competitive behavior. Representatives of KEA European Affairs expect that the EU will introduce new financial instruments in the cultural and creative sectors (CCS), where debt obligations often increase. The study shows a wide interest in various models of investing in art: from equity and derivative securities to more traditional funds.
____

Art-tech startups
Technical startups in the field of art have attracted about $ 600 million in investments over the past 8 years. As a result, first-generation artistic tech startups have successfully overcome the barrier to a 200-year-old fine arts ecosystem. 80% of such startups, founded after 2017, use blockchain technology. At the same time, they are quite scattered, so they should deepen this year's cooperation, experts say. Typically, accelerators increase the likelihood of a startup surviving by 25% through non-formal education, networking, and prototyping. 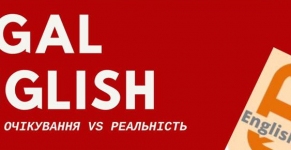 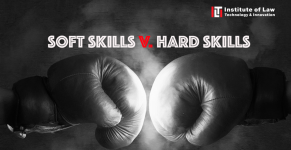