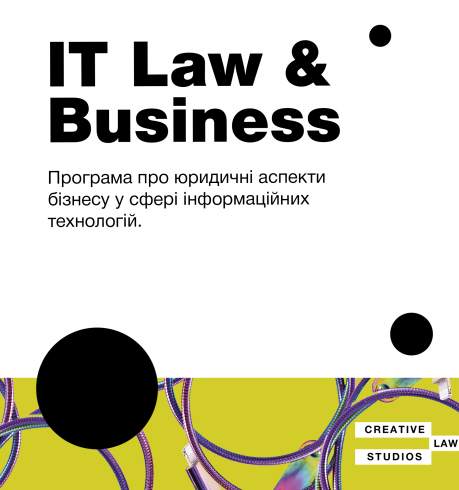 The IT Law and Business program is designed according to the best standards of non-formal education in the field of information technologies.

The program focuses on the legal aspects of IT business, its structuring, operation and protection. The implementation of the program became possible thanks to the support of the Ukrainian Cultural Foundation. The best specialists from Ukraine, Great Britain and the United States have united to teach the practices of the civilized IT industry.

The program prepares students for the challenges and risks of the IT market, and provides the tactical steps needed to start an IT business, its incorporation and promotion. 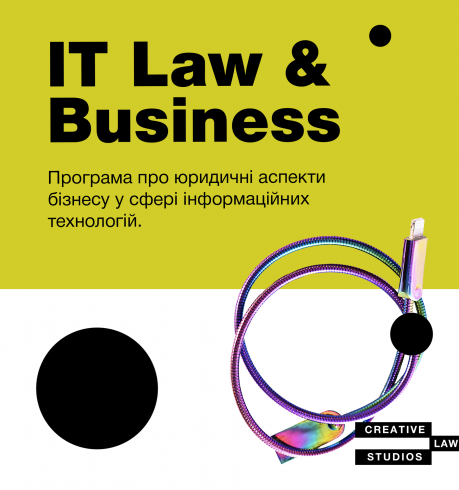 FOR WHOM
Order a course 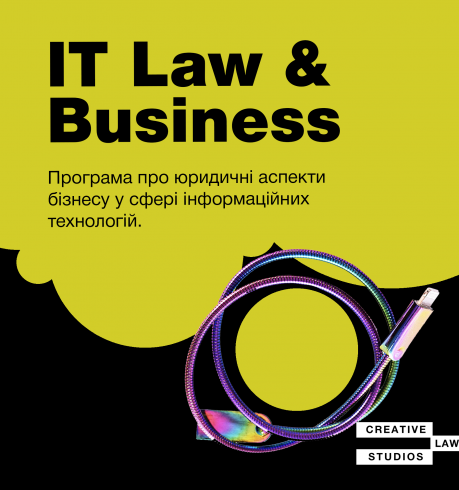 WE INVITE YOU TO
Order a course
Statistics on the industry
5.8%
is the projected contribution of IT to Ukraine's GDP by 2020
20%
annual growth of the third largest export industry in Ukraine
40%
increase in demand for IT professionals
60%
growth of IT outsourcing for 2019-2020 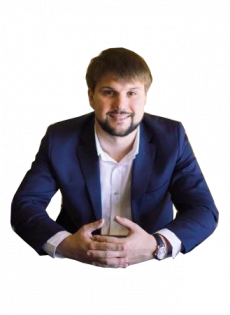 I can say with confidence that the legal component in IT is not only and not so obvious copyright and contracting. The legal environment in Ukraine is quite dynamic, and therefore we have to constantly face new challenges simultaneously in different areas, such as business security, taxation, labor law, advertising, consumer protection, currency control.

Oleksander Medovoy
Chairman of the Supervisory Board of Kharkiv IT Cluster, CEO at AltexSoft
Description of formats

Module 1. IT business structuring in Ukraine

Key components of the legal structure of IT business in Ukraine will be discussed. In particular, the forms of IT business organization (legal entity, sole proprietorship) and their taxation, the peculiarities of constituting agreements with customers of IT products and services. Particular attention will be paid to contracts entered into for the establishment of business relationships with developers and other IT professionals, as well as the procedure for their transfer of intellectual property rights to software and other intellectual objects created under the contract.

Module 2. Intellectual Property Law in IT

Non-standard possibilities of legal protection of computer programs and the use of tcommercial secrets. Options for application of these opportunities in practice in various areas of business. Reasons of emerging difficulties and advantages of using additional protection of computer programs through patenting. Commercial secrets, methods of using it as an asset for small and medium-sized businesses, as well as how it can be commercialized.

Module 4. Agreements on the use of cloud technologies. SaaS contracts

Discussion of general principles and principles of drawing up and using agreements on the utilization of cloud technologies, analysis of the specific examples of the application of these agreements. Attention will be paid to both the professional use of cloud services such as Azure and the use of everyday cloud technologies from Google.

Module 5. The legal side of the GameDev industry

It is said that the Internet has made the world smaller. However, the price of such convenience is our privacy, which has also become much less with the development of IT industry. Our habits, preferences, circle of communication have become a commodity sold to advertisers, and government agencies get more and more opportunities to monitor our online and offline behavior. It is from the right to privacy that the conversation about the protection of personal data begins, which, thanks to the EU’s efforts, has become one of the main topics for business (and not only technology). During the lecture, we will find out what data is personal, how it is regulated in Ukraine, what practice is in the EU and the US, where the main technology companies come from.

If you want to open a bakery near your home, you will know roughly what it takes, but if you want to sell services around the world through a website, you may not. "What to consider when starting a business in the field of e-commerce?" - this is the question that will be answered during the lecture. From a theoretical point of view, consider only one: what, in fact, can be considered e-commerce? But this is the basis of the basics, and then - only practical nuances. We will consider the Ukrainian legal requirements in comparison with the European standards which implementation is provided by the Association Agreement.

Detailed analysis of decentralized systems in the context of the principles of their regulation. Economic aspect of decentralized systems, formation of the value of cryptocurrencies, principles of using blockchain in modern systems, common approaches to consensus and the conditions of their use. Cryptocurrency and blockchain regulation strategies, best modern practices in the world, difficulties of implementing blockchain in a regulated environment.

Module 9. Cyber threats to business and countermeasures for them

Artificial intelligence is aware of the principles of its construction and operation, self-learning and self-improvement, its first version finds errors within itself, corrects them and rewrites its own program indefinitely. It is increasingly striving for autonomy of decision-making and self-sufficiency. Will the responsibility of the developer, manufacturer or user be justified under such conditions? What is the transition from Homo sapiens to the digital human, which is being improved through bioengineering, the combination of organic and inorganic in the «cybernetic organism» and the transfer of consciousness to digital or other media?

On August 4, 2020, Anthony Levandowski, a former Google engineer who founded an autonomous vehicle startup in 2016 that he sold to Uber for more than $600 million, was sentenced to 18 months in prison after pleading guilty to stealing trade secrets from his former employer. Those events led to a scorched earth litigation between Google’s autonomous vehicle company, Waymo, and Uber, the ride hailing service that sought to employ Levandowski. Did Uber hope to gain illicit knowledge from Levandowski’s work for Google? The case settled, and we may never know. But the case does provide a concise overview of how trade secret protection works in the United States, how hard it can be to win a trade secrets case in litigation, and therefore why internal controls to prevent trade secrets from leaving in the first place are so important.

Robots are now commonplace in the world. They sort and ship packages, trade stocks, and build cars. Software drives cars and assists in surgeries. Criminal law is well developed for people who use machines to commit crimes – but almost completely undeveloped for how to treat machines that commit crimes of their own accord. In this lecture, Ed Walters, an adjunct professor at Cornell Law School, will discuss the opportunities and limits of criminal law to limit and punish offenses committed by machines.

Handbook of legal issues in the IT industry